Last month uTest announced a contest to win an Apple Watch. All you had to do was provide a response to this post:

In just a paragraph, describe how the Apple Watch will or will not change software testing as we know it today, or how testers are testing. 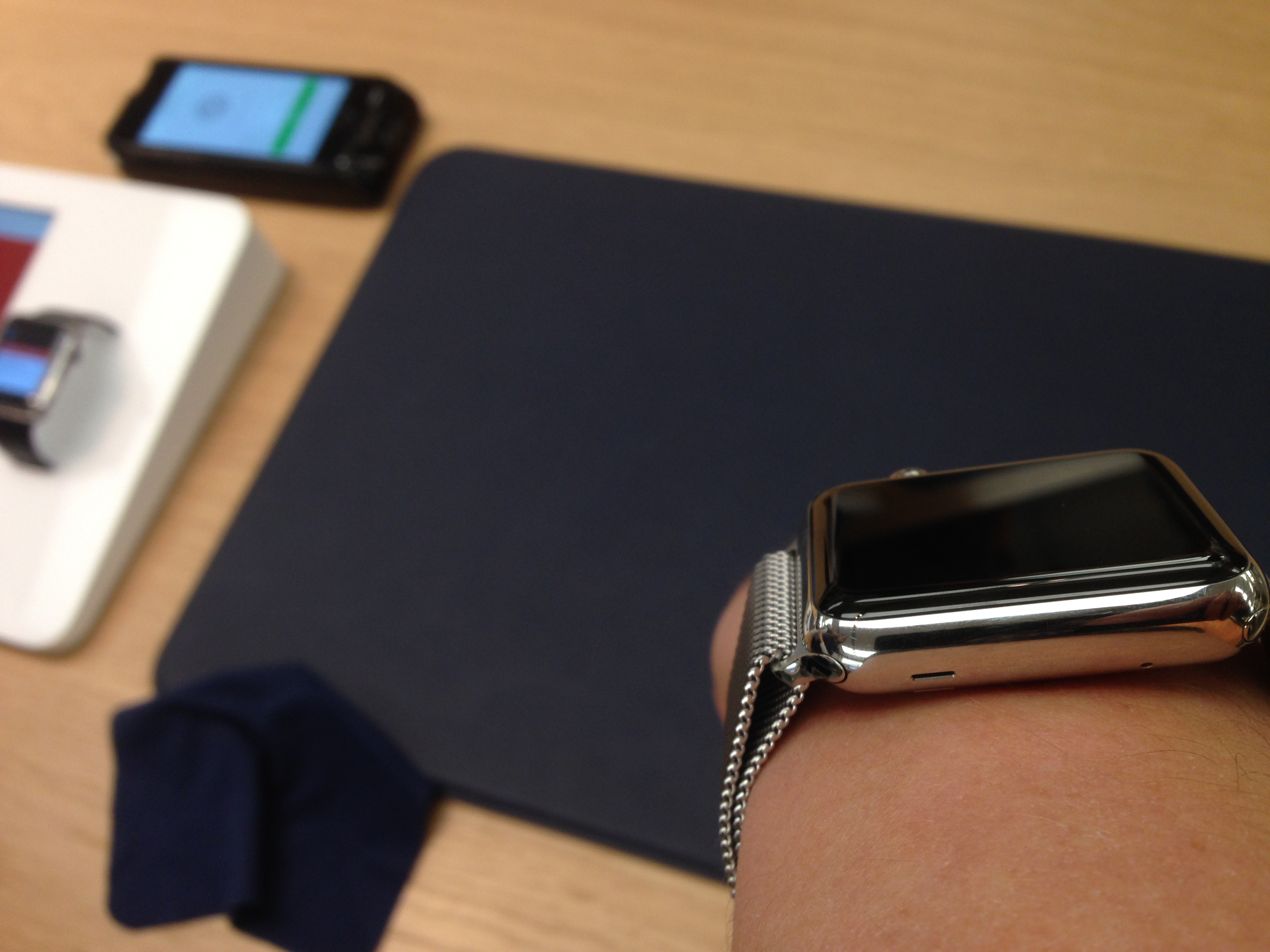 While I probably should have clarified the rules a bit (how do you define a paragraph?), I responded with:

If software testing is an empirical, technical investigation of a product for the stakeholders and a new product is introduced, that doesn’t change what software testing is or why we test. It might add some new dimensions to the product (the watch being an extension of the phone, tactile touch interface, etc.) that as testers we have to consider. It might change the importance or risk of some of those dimensions (change in interface, platform, etc.). Or it might change which test techniques we apply and how we apply them (think of stress testing a watch or computer aided testing / automation) but it probably won’t change testing.

I feel like elaborating. (tl;dr skip to the last paragraph)

As I was trying to formulate an answer I was thinking about how a test strategy might change between two similar or complimentary devices – an iPhone and an Apple Watch. The differences might suggest what changes were necessary to the model I was using. That model looked something like the Heuristic Test Strategy Model and the changes I noticed were within product elements and test techniques.

For example we might see a difference between the iPhone and the Apple Watch in:

Those are just a few dimensions of the Apple Watch I could think of in the thirty or so minutes I took. How many more am I forgetting? (We should examine as many of those dimensions as possible when testing).

Then I started looking at the top Test Techniques listed in the HTSM. How many of them can we apply to testing mobile devices like an iPhone and now the Apple Watch?

All of them! The challenge might be in applying these techniques. I’ve heard mobile GUI automation like Appium has come a long way in a short time but still has problems and isn’t at the level of Selenium WebDriver. My own experience with mobile simulators suggests they are much less reliable than their desktop counterparts.

After going through this brief exercise I came away thinking this model was still just as applicable. Although the business case is still being made amongst consumers and without knowing any specific project factors, my testing thought process remained much the same. This isn’t to say there isn’t a need for a specialty of testers who are really good at applying test techniques to mobile devices; only that the mental model is still the same. Testing as a whole isn’t really changing.

I’ve always found joy in exploring new products and the impact they have on our lives. Although it’s assumed when you work in technology you are a technophile – someone who loves technology and you live and breathe gadgets and software -that’s not always the case. I find it just as interesting how quickly I abandoned certain things as how much they stick to me and how much I use them.

I’m still evaluating the Apple Watch. As progress slows on the development of smartphones I’m starting to question the relentless upgrade process – waiting instead for things I feel are worthy of spending the money on. The Apple Watch falls into this same category. I don’t typically wear watches but as I said before I do wear a fitbit. I like knowing how active or inactive I am. Whether I’m ready for a relentless upgrade cycle of expensive watches over the next 5 years in addition to whatever new phones comes out is an entirely different story.

As for the uTest May contest, I came in third place. Thanks to uTest and everyone who voted! Maybe if I win a few more contests I’ll be able to justify getting my own Apple Watch? Even though it probably won’t change testing much, how can I say no?