Apple tends to make small improvements with each iteration of it’s laptop lines. Between my personal mid-2012 MacBook Pro with Retina and my new(er) mid-2015 work MacBook Pro with Retina I didn’t think there was a much of a difference. Visually they are identical. Most of the tech specs also line up such that I assumed they were equivalent in terms of performance as well.

tl;dr I was wrong.

Looking at the system information and/or the laptops themselves they appear to be quite similar:

From the specs I assumed my personal computer would have the better performance (but that would be odd given it’s age), although my work computer does seem to handle Docker better. To determine which was more performant I decided to use Geekbench to take benchmarks and compare. 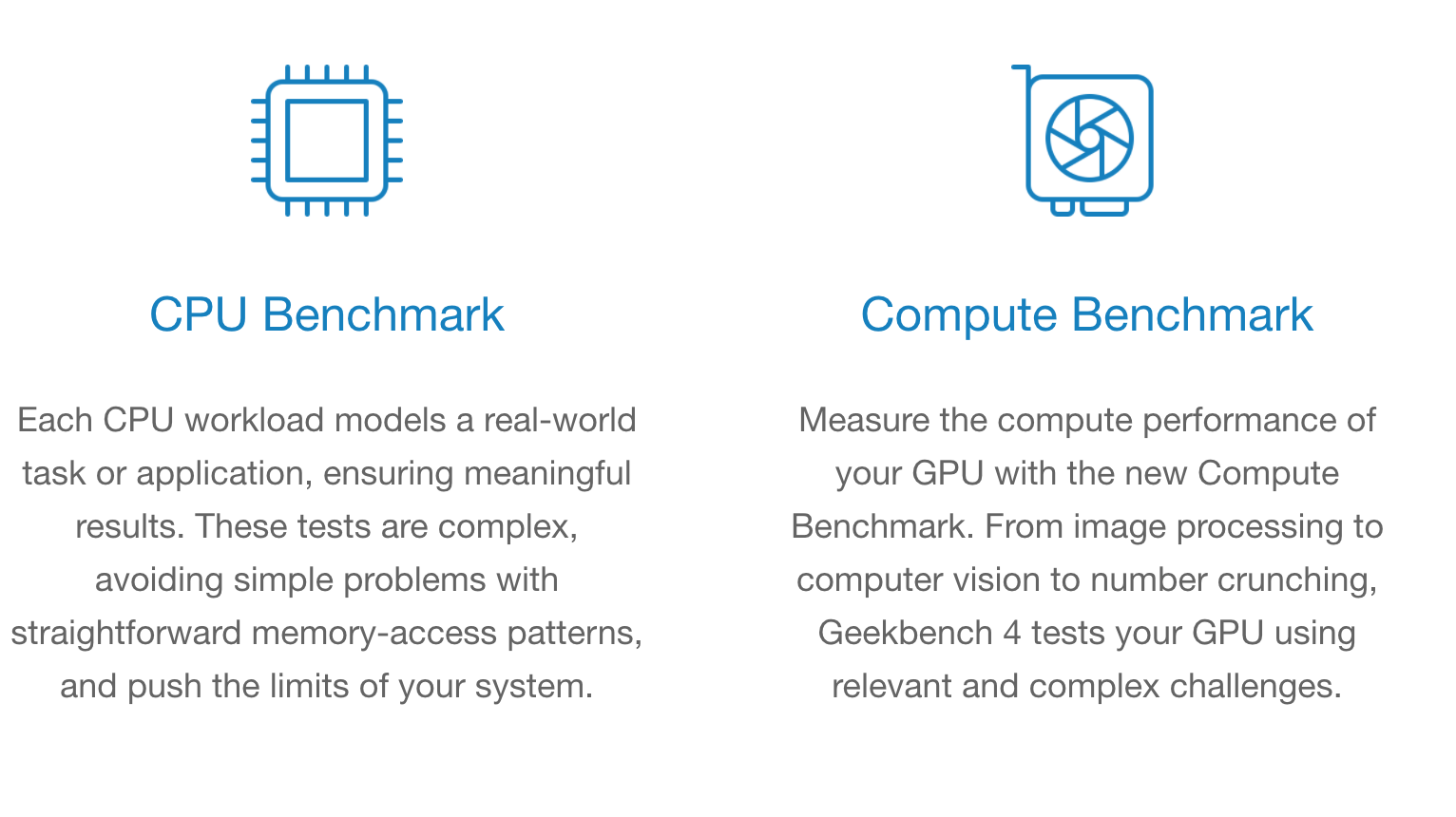 Here’s how the two computers compare:

Both CPU scores are pretty similar but the massive difference is in the OpenCL compute power which includes the CPU, graphical processing, hardware accelerators, etc. The newer 2015 MacBook Pro is dramatically more powerful. This makes me wonder how much more powerful the newest MacBook Pros are..?

These benchmarks highlight that as consumers (and developers) we shouldn’t only rely on big feature advances when considering an upgrade. Especially with Apple devices where such big feature advances (like the Touch Bar) are few and far between. Instead we should look to the performance gains over time of less obvious features like compute power to make our decisions. (I think I’ve convinced myself!)